Education is a nation's best investment

The Indian Education Commission of 1964-66, also known as the Kothari Commission, had stated that the destiny of our country is being shaped in our classrooms. On every working school day  we invest in the memory banks of our children. Knowledge is power. Information is emancipating. Education is the foundation for progress of every nation. It is the entry ticket to a brighter future. In the words of Frederick Douglass “It is easier to build strong children than to repair broken men”.

India might be an ancient land but it is a relatively new economy. It is a third world country where the largest number of people are below 35. Only the collective skill base, talent and specialized knowledge of the people can drive this young nation towards progress. Only good education can shape the destiny of this nation. According to Jean Piaget, “The goal of education is not to increase the amount of knowledge but to create the possibilities for a child to invent and discover, to create men who are capable of doing new things”.

Education is a great equalizer. It  takes people out of poverty. It trains children how to become responsible citizens. Educated people have higher salaries and lower unemployment rates. Countries with a high education rate develop faster and are more innovative than other countries. No doubt, the knowledge, skills and attitudes acquired by students form the basis for nation building. According to Franklin D. Roosevelt, “Democracy cannot succeed unless those who express their choice are prepared to choose wisely. The real safeguard of democracy, therefore, is education.

Education is a powerful tool of social and cultural transformation of a nation. The function of education is to teach one to think critically.It shapes a person’s character. Education instills moral values among children and they grow up to become responsible and tolerant citizens.Ignorance is by far the biggest threat to humankind.

Technology is changing rapidly. So, our educational institutions must train skillful students for the future. They must continuously incorporate latest technologies, innovations and the changes that are taking place in the world. The government should also encourage and fund research activities in universities. The growth and development of a nation is dependent on its skilled manpower. Our government should consider an investment in education as its best investment and ensure that each and every Indian citizen is not only literate but also educated.
Posted by Supriya Prathapan at 9:13 AM No comments:

An epigram is a brief, interesting, memorable, and sometimes surprising or satirical statement. A poetic epigram is a pithy, often witty poem. 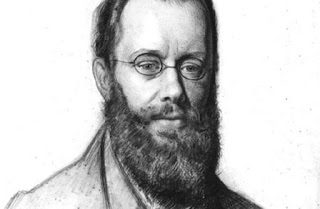 A Limerick is a fixed light-verse form of five generally anapestic lines rhyming AABBA. Edward Lear, who popularized the form, fused the third and fourth lines into a single line with internal rhyme. Limericks are traditionally bawdy or just irreverent; see “A Young Lady of Lynn” or Lear’s “There was an Old Man with a Beard.”

A Brief History of Yoga | Art Of Living

Posted by Supriya Prathapan at 9:39 AM No comments:

When is the right time to get married? #HerLifeHerChoices

Posted by Supriya Prathapan at 11:32 PM No comments: